You can get a copy of our map guide for the Cebu City Tour by downloading it and saving it to your Google Account for future use.

The Cebu tourist spots itinerary that we recommend for places to visit while you are in Cebu will take approximately 8 hours to accomplish. 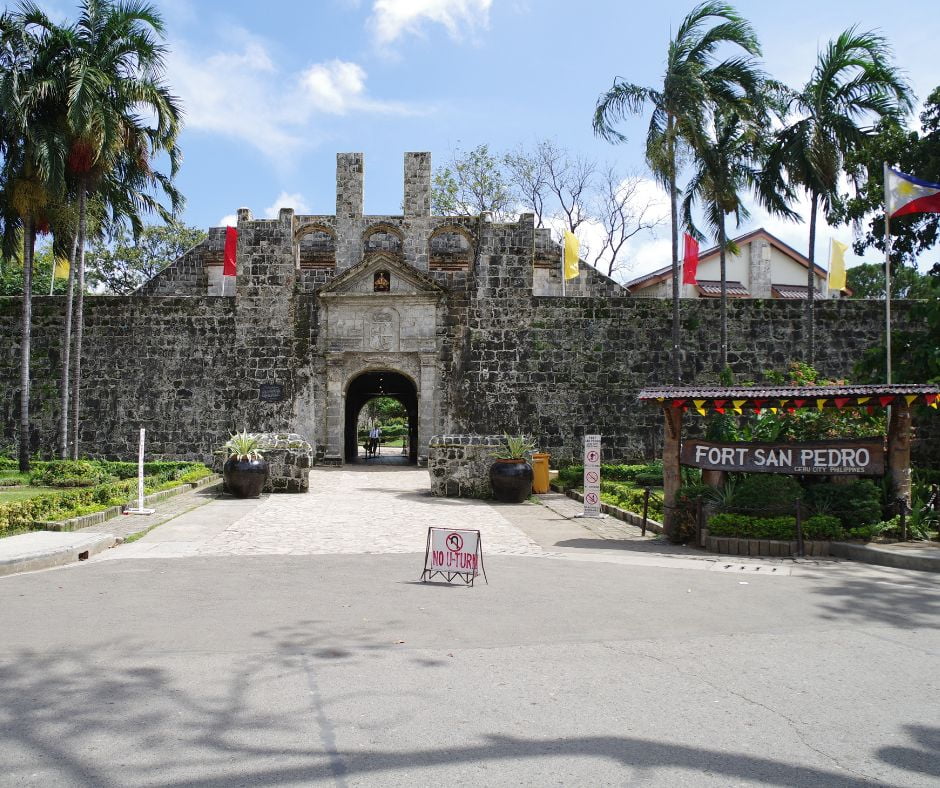 Fort San Pedro (Spanish: Fuerte de San Pedro) is a military defense structure in Cebu, Philippines, built by the Spanish under the command of Miguel López de Legazpi, first governor of the Captaincy General of the Philippines. It is located in the area now called Plaza Independencia, in the pier area of the city. The original fort was made of wood and built after the arrival of Legazpi and his expedition. In the early 17th century a stone fort was built to repel Muslim raiders. Today’s structure dates from 1738 and is the oldest triangular bastion fort in the country. It served as the nucleus of the first Spanish settlement in the Philippines. During the Philippine Revolution at the end of the 19th century, it was attacked and taken by Filipino revolutionaries, who used it as a stronghold.

Magellan’s Cross Pavilion is a stone kiosk in Cebu City, Philippines. The structure is situated on Plaza Sugbo beside the Basilica del Santo Niño.It houses a Christian cross that was planted by explorers of the Spanish expedition of the first circumnavigation of the world, led by Ferdinand Magellan, upon arriving in Cebu in the Philippines on April 21, 1521. 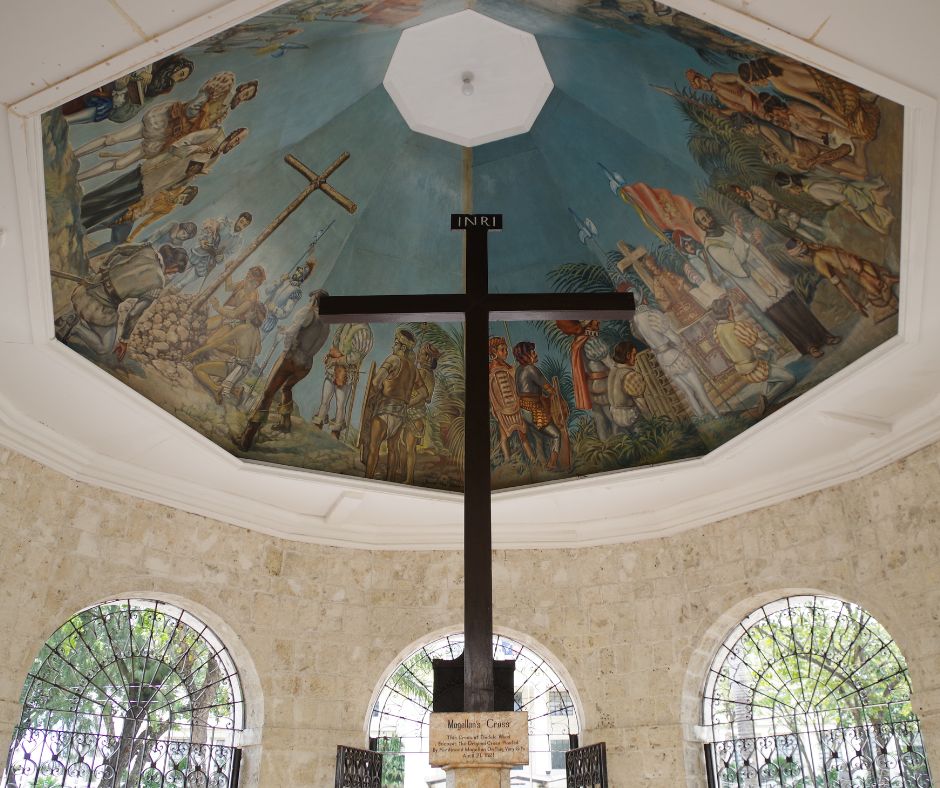 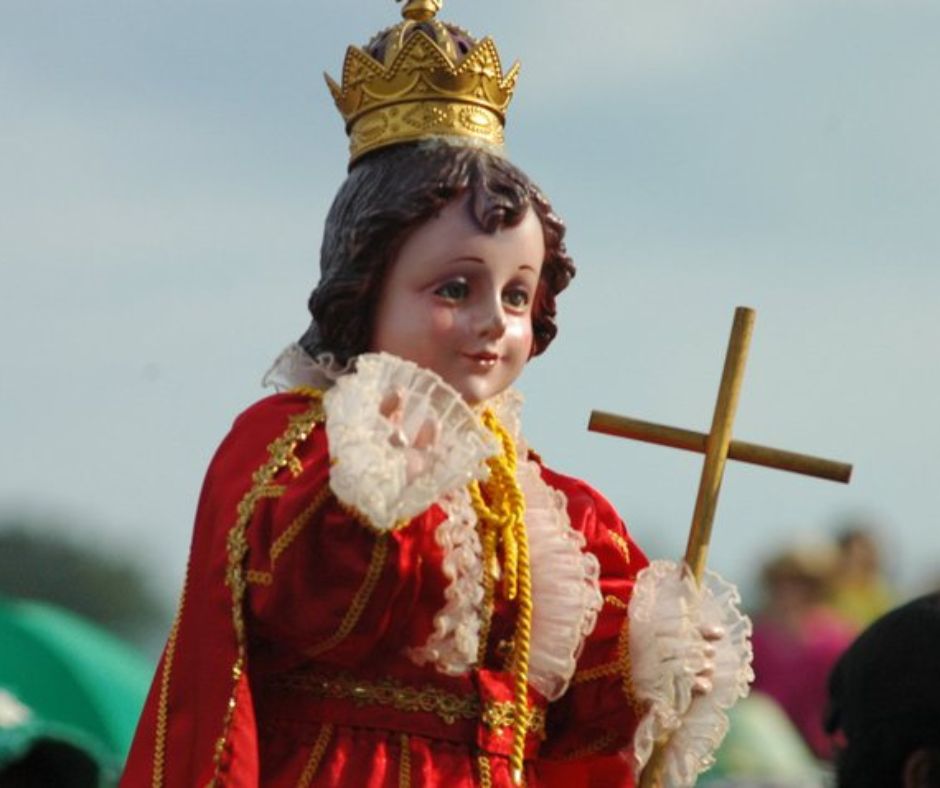 The Santo Niño de Cebú is a Roman Catholic title of the Child Jesus associated with a religious image of the Christ Child widely venerated as miraculous by Filipino Catholics. It is the oldest Christian artifact in the Philippines, originally a gift from explorer Ferdinand Magellan to Rajah Humabon (baptized as Carlos) and his wife and chief consort, Reyna Humamay (baptized as Juana) on account of their Christian baptism in 1521.

The dark wood statue measures approximately twelve inches tall, and carved in the Flemish style. It depicts the Child Jesus, with a serene countenance, in the attitude and dress of a Spanish monarch. The statue bears imperial regalia, including a golden crown, globus cruciger, and various sceptres, wears fine vestments, and possesses jewelry mostly offered by devotees over several centuries.

Colon Street (Cebuano: Dalan Colon; Tagalog: [koˈlɔn]; Spanish pronunciation: [koˈlon]) is a historical street in downtown Cebu City that is often called the oldest and the shortest national road in the Philippines. It is named after Cristóbal Colón (Christopher Columbus). It traces its origins to the town plan by Miguel Lopez de Legazpi, the Spanish conquistador who arrived in the Philippines to establish a colony in 1565. Colon street was once owned by the family name of Fronteras

Colon, crowded and a bit run-down now, was the site of fashionable shops, offices, and movie houses. It was once the heart of Cebu City’s shopping and business activity, but in recent years (specifically during the early 1990s), much of this activity has shifted inland to the more modern, bigger and diverse commercial and business districts now spread in almost all of the urban areas of the city in what was considered residential and leisure settlements.

In 2006, the Cebu City Council proposed a plan to close parts of Colon street from vehicular traffic and convert it to a tourism zone. However, this was met with much opposition from businessmen and motorists due to concerns regarding security and parking spaces.

Casa Gorordo is a house museum located in the historic Parian area of Cebu, the oldest city in the Philippines. It is owned and managed by the Ramon Aboitiz Foundation Inc. (RAFI) under its Culture & Heritage focus area. The house was acquired by RAFI from the Gorordo family in 1979, renovated and enhanced, and opened to the public as a museum in 1983.

It recently underwent a two-year enhancement project to elevate the visitor experience it offers to patrons by incorporating interactivity and digital age technology in its presentation.

The Yap-Sandiego Ancestral House (one of the oldest houses in The Philippines) is a house of wood and coral stones located in the corner of Mabini and Lopez-Jaena Street in the Parian District of Cebu City. Built during the late 17’th Century by the Chinese merchants residing in Parian. This was the house of Don Juan Yap and Maria Florido with their siblings Maria, Eleuterro and Consolacion. The Eldest daughter Maria Yap Later on married to Don Mariano Sandiego. A Cebeza de Barangay of Parian late 1880’s. At present this ancestral house is in the custody of Mr.s and Mrs. Val Sandiego. 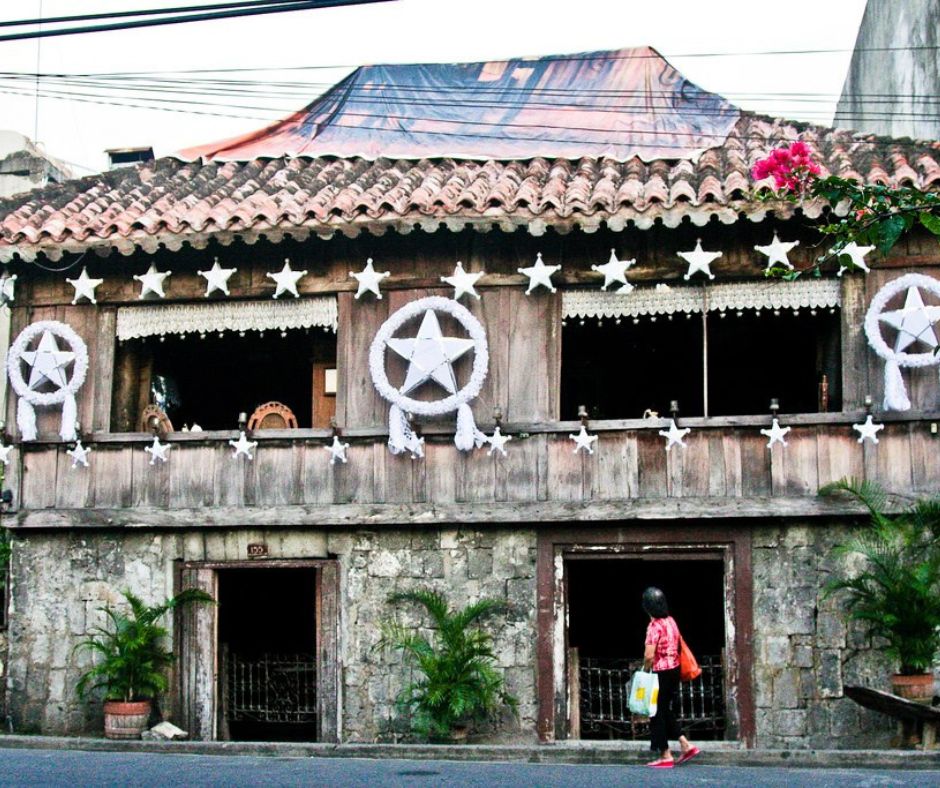 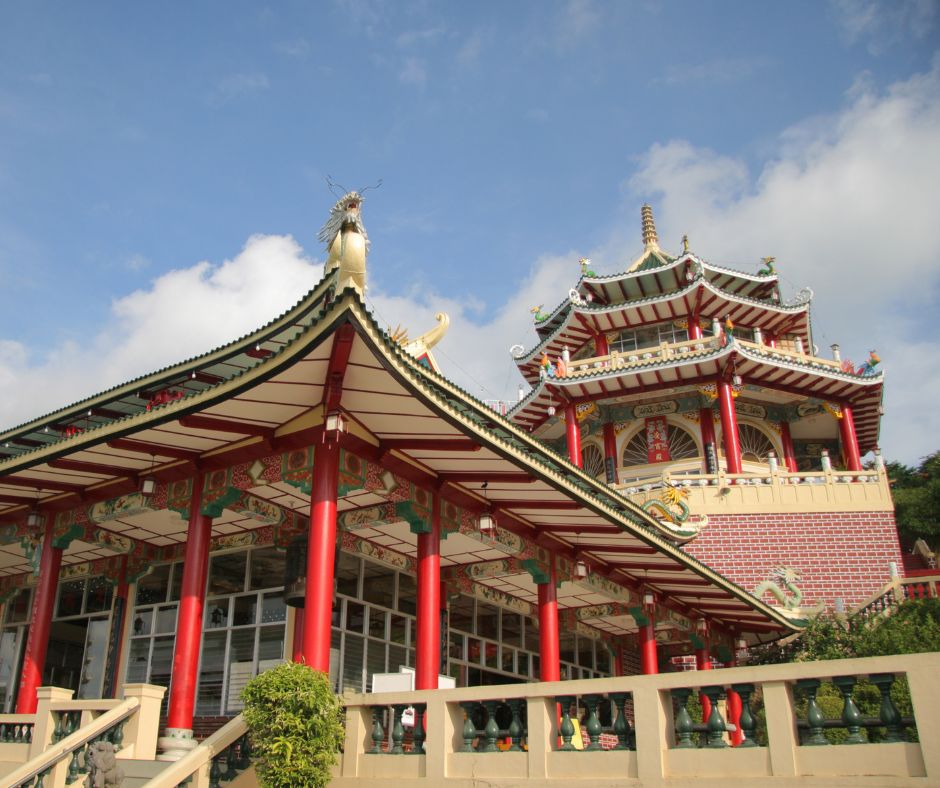 Unlike the neighboring Phu Sian Temple, the Taoist temple is open to the worshipers and non-worshipers alike. A ritual among devotees is where one prays to the gods to grant one’s wish. The ritual includes washing hands, going inside the chapel barefoot and dropping two blocks of wood. If the wood blocks are both face up then one could make a wish. If not then it is not yet the time for one’s wish to be granted and one has to come to the temple some other time.

The temple is the center of worship for Taoism, the religion which follows the teachings of the ancient Chinese philosopher, Lao Zi. Another ritual among Taoist devotees, which is done during Wednesdays and Sundays, is the climbing of its 81 steps (representing the 81 chapters of Taoism scriptures) to light joss sticks and have their fortune read by the monks.

Some guide books and travel agencies offer trips to the temple or as a side-trip in a tour around Cebu City. But it is more popular with grade school students.

The entrance to the temple was a replica of the Great Wall of China. The temple includes a chapel, a library, a souvenir shop and a wishing well. The spacious balconies offer a scenic view of the downtown Cebu.

This Temple was constructed in the year 2012 A.D. as a symbol of my undying love for her and my ceaseless devotion to Leah Villa Albino-Adarna. -Teodorico 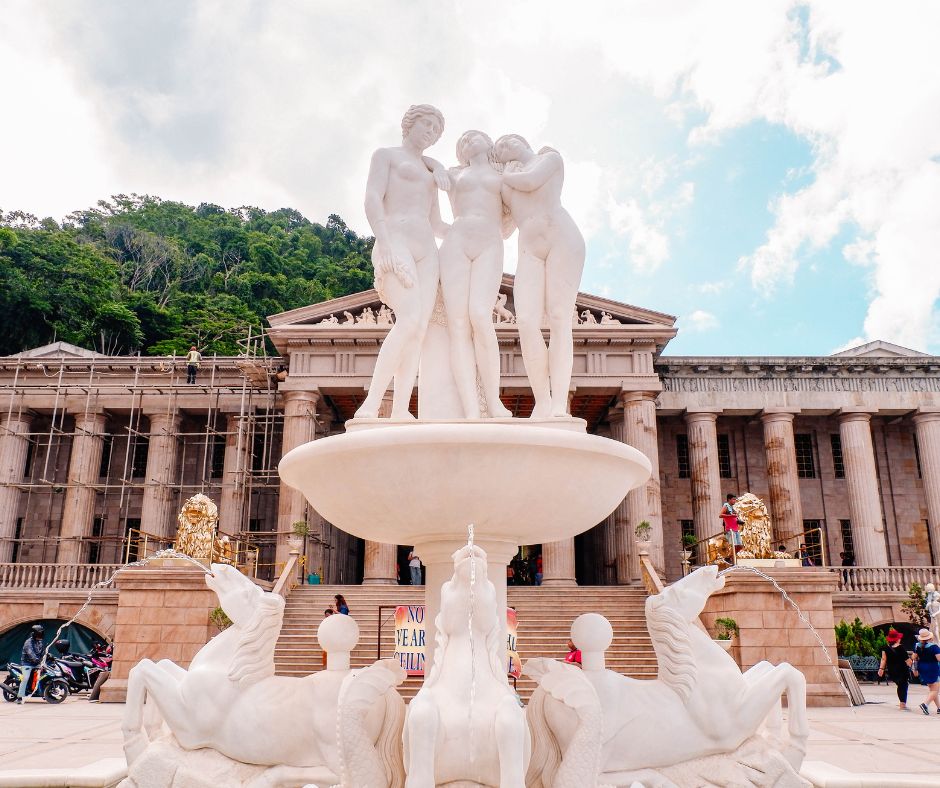 If you take advantage of the Cebu Tour Package, we will take you to these places. 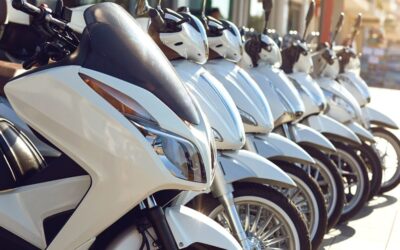 Dumaguete Motorcycle Rental: Your Ultimate Guide to Exploring the City 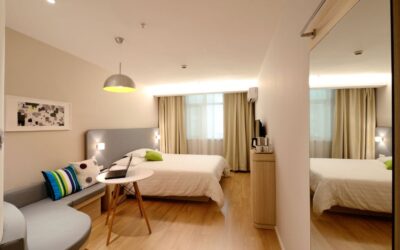 Cebu is a beautiful... 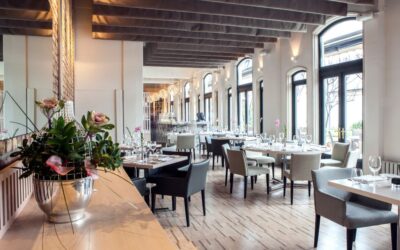 Discover the Best Tourist Restaurants in Bohol, Philippines: A Food Lover’s Guide to the Island

Get a free quote